You are here: Home / Our robots / Reworked RC car

It might sound a bit far-fetched, but this vehicle began its career as a common, cheap RC toy. It then received a completely custom hull, mostly 3D printed, and got an infrared camera with two high-power IR leds on top. Therefore it sees perfectly well in darkness, and it’s also running a face recognition algorithm, so it can identify faces, and if a face is known to it, can also assign a name to it. It’s controlled from phone with a custom interface which enables the user to move the camera around by dragging-and-dropping the target on the touchscreen. Also it’s well decorated, note the Imperial logo on the side 🙂 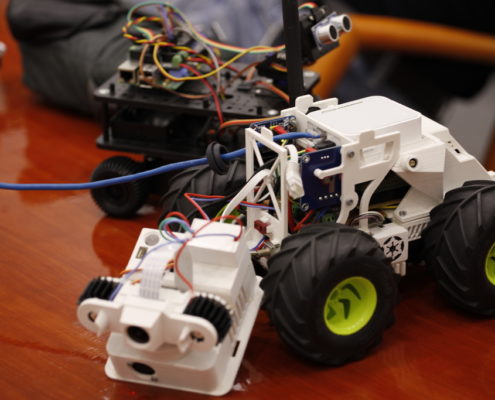 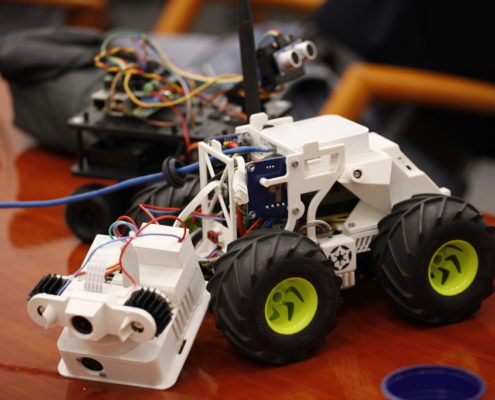 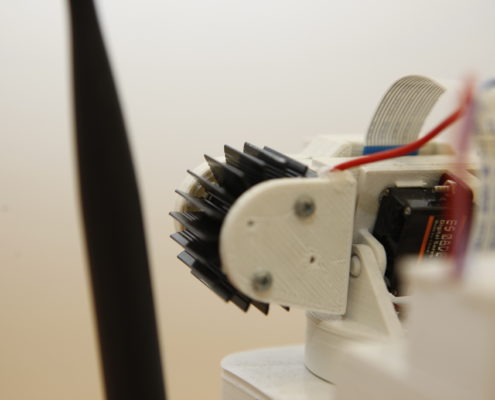 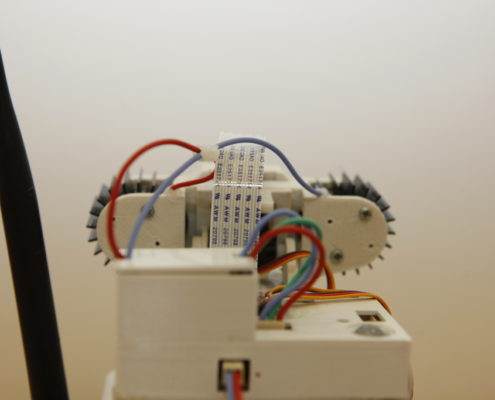 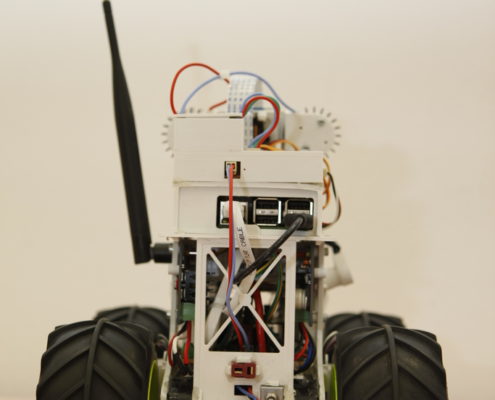 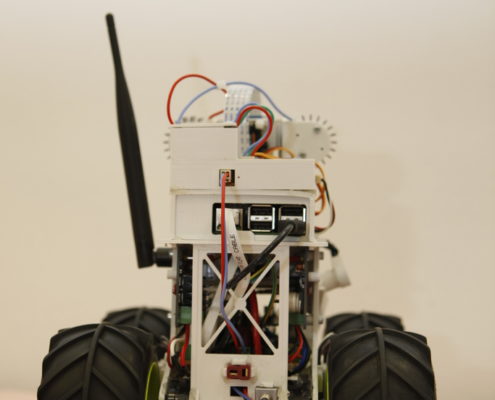 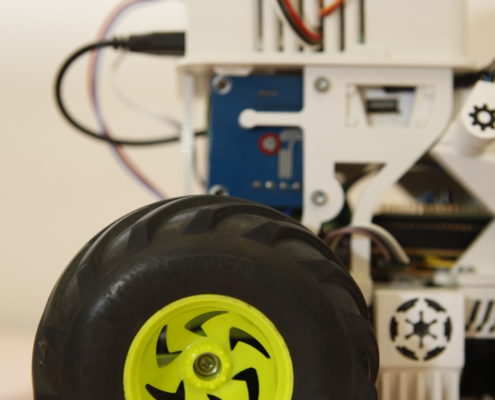 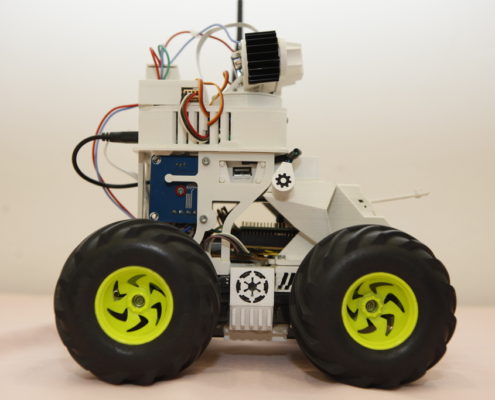 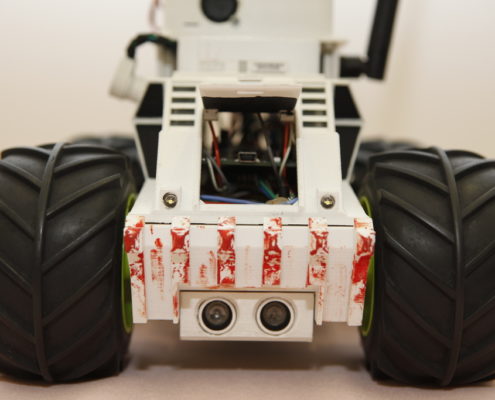 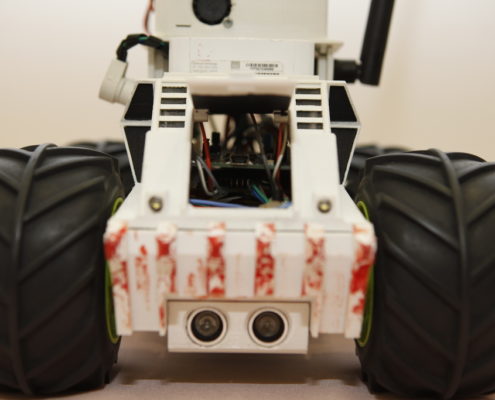 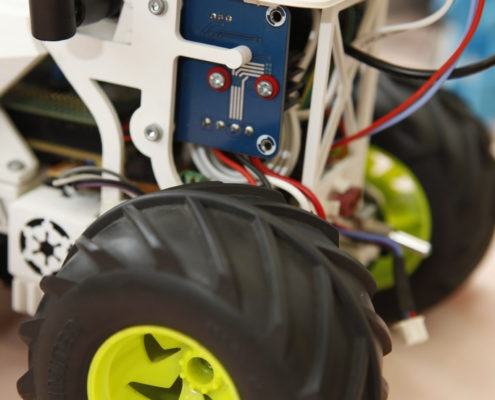 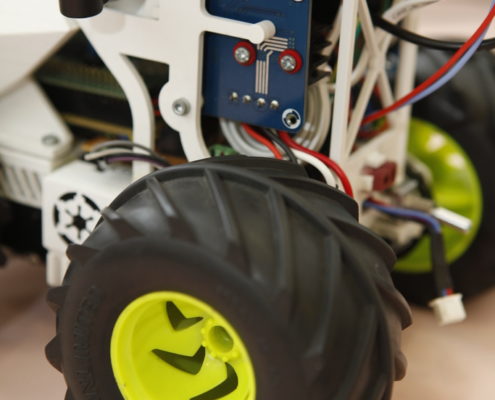 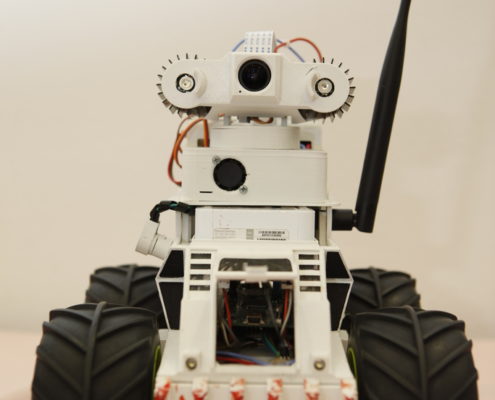 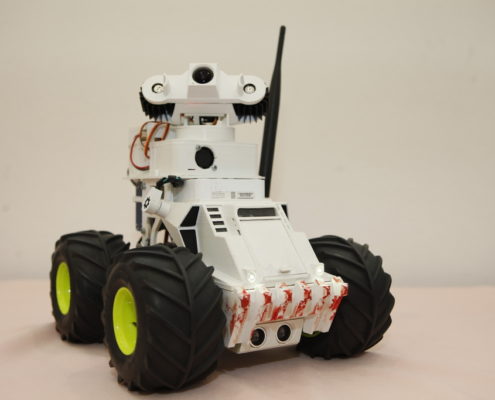 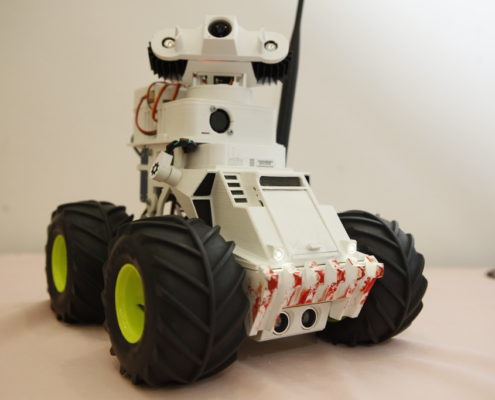 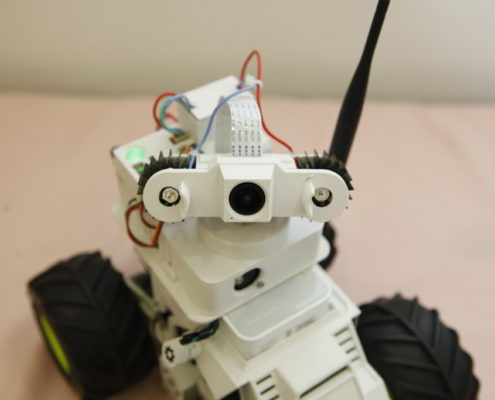 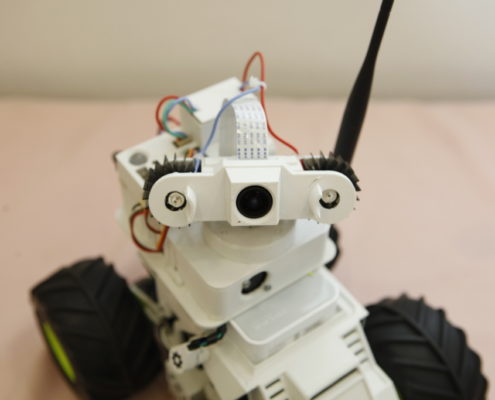 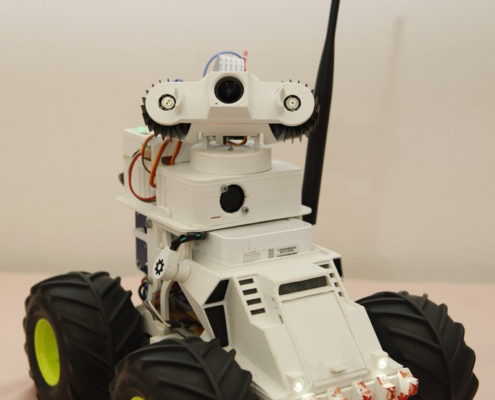 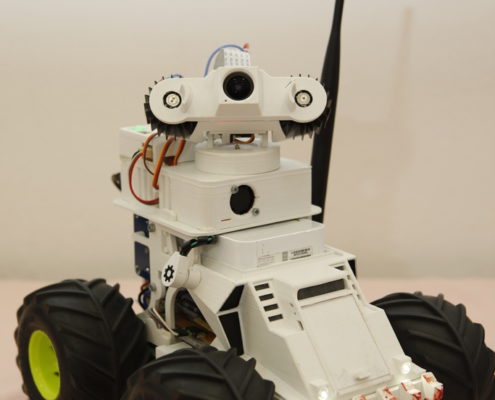 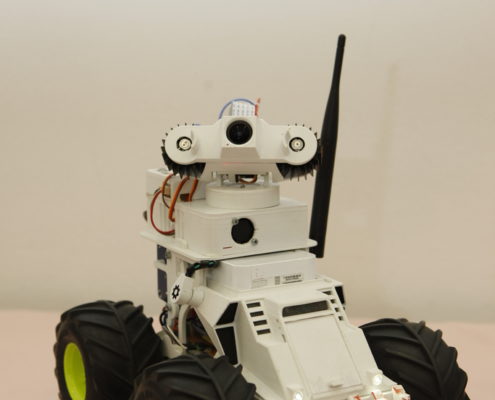