You are here: Home / Our robots / 4Tronic Initio

It’s a rover available in a kit, made by plastic molding, and arrives in pieces. Our one is driven by a Raspberry Pi, but there is also an Arduino-based version available. It’s biggest advantage is its sensors:

It’s simple to program it in Scratch, and it can be directly connected to a TV or monitor, so it’s a good way of practicing for those who are in the beginning of familiarizing themselves with sensors and programming. However, it has two disadvantages: 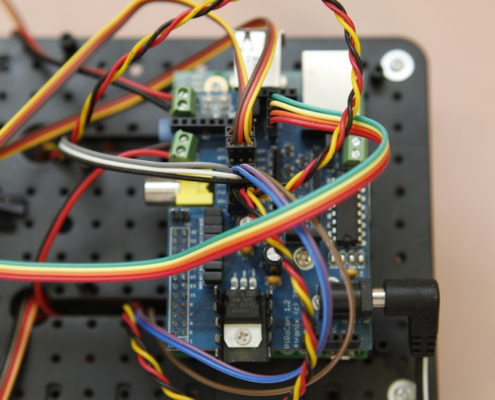 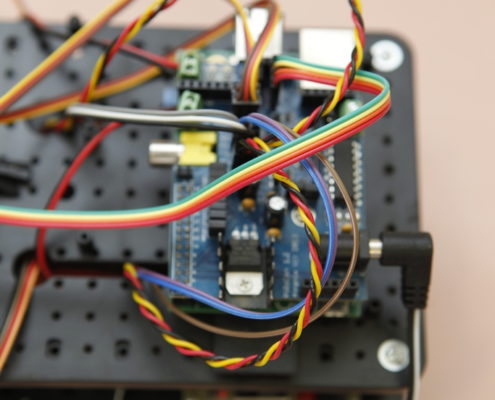 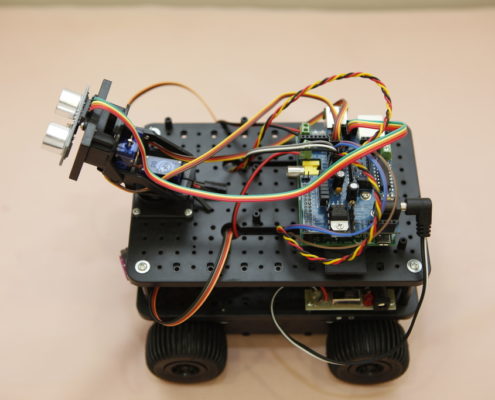 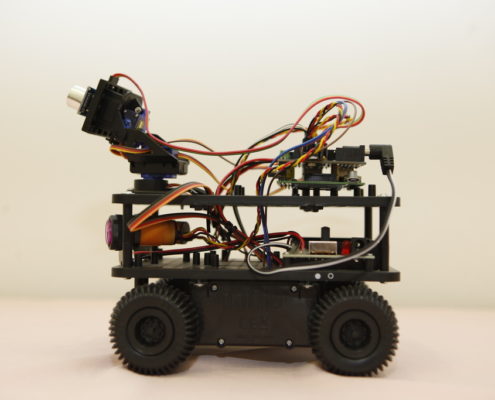 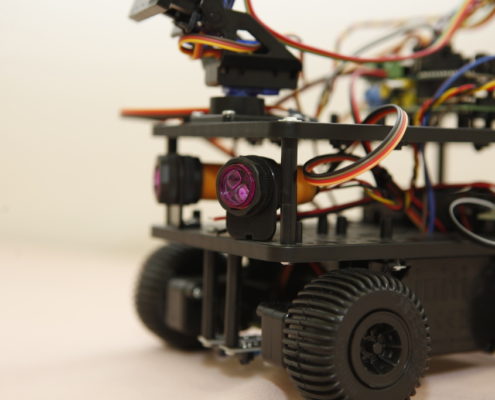 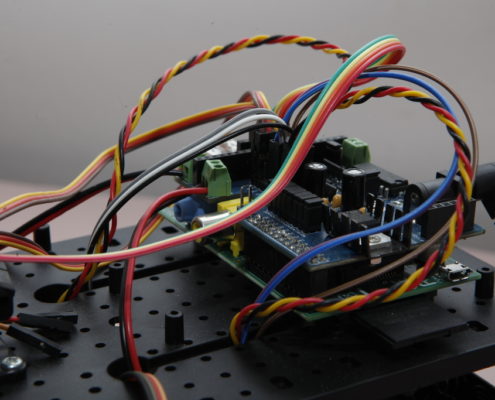 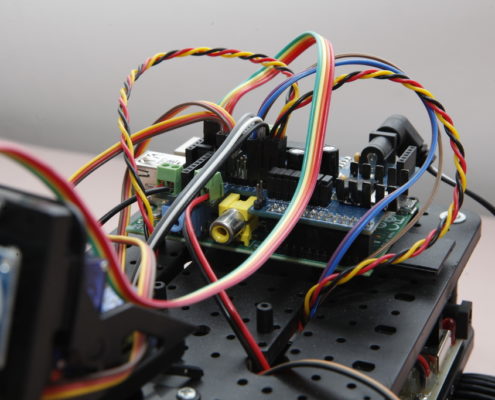 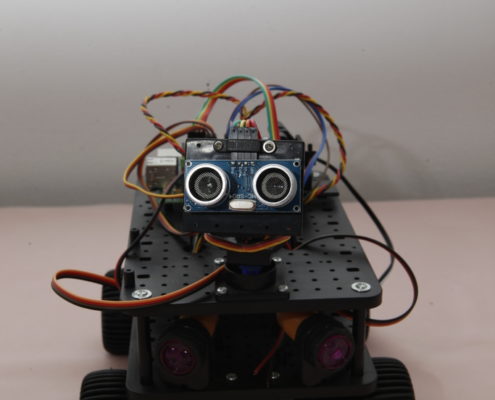 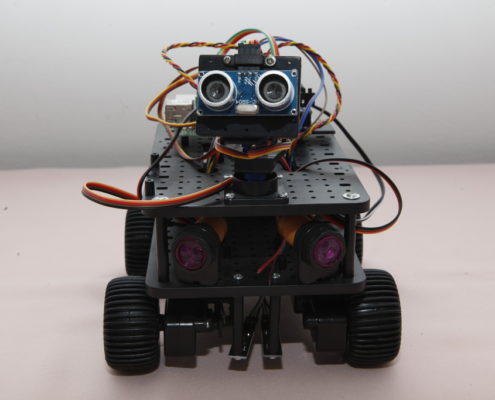 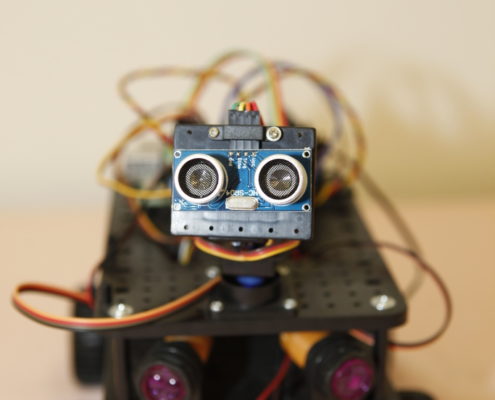 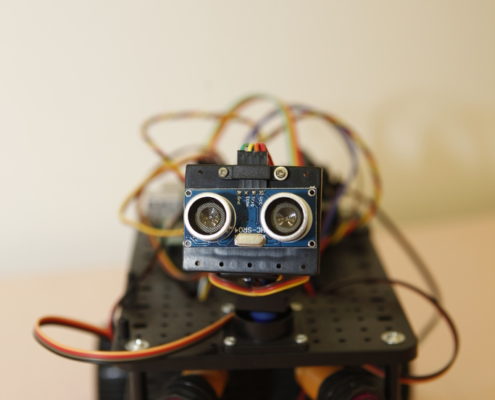 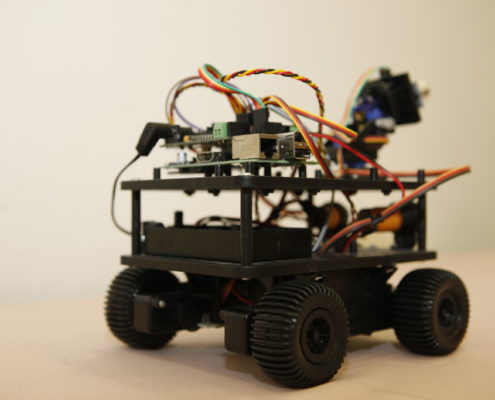 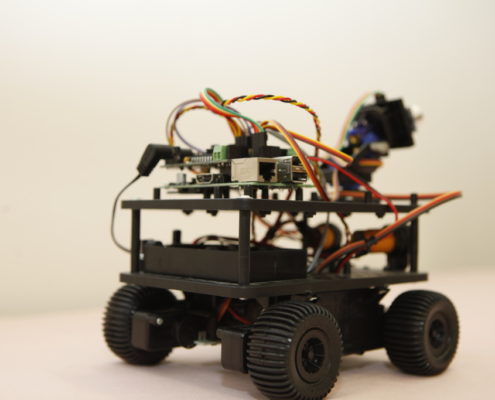 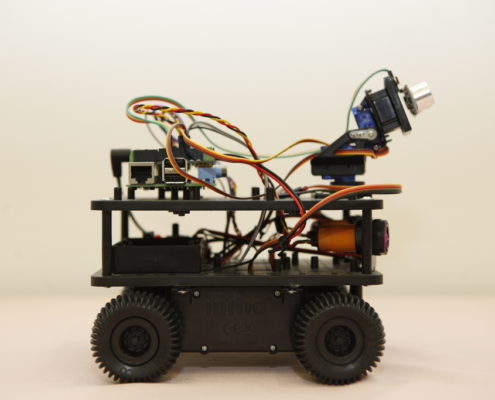 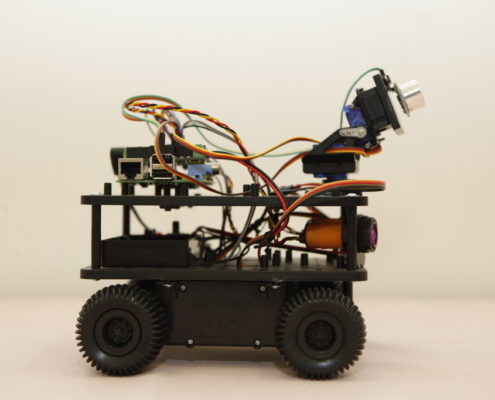